Most of what would be needed for a typical player is working well.

Self-explanatory. No idea why this happens, but if you kill the process or the game crashes, the closing monitor flash does not happen. This reportedly doesn't happen on much older versions (<5.2-ish) but I can't confirm this claim.

I'm not sure if it's just Wine's terminal color support being buggy, but colors in the terminal that starts with the game like to act really weirdly. Bleeding onto other lines, being sometimes invisible, it's a whole mess and you'd much rather actually want there to be no colors at all if you want to read through the logs for anything meaningful.

I'm not sure if I can really point this one out, as it's more PulseAudio's fault? I'd recommend reopening PulseAudio before launching NITG for more consistent sync results each game with killall pulseaudio; pulseaudio -D (or use pipewire, as a more reliable alternative)

When using AFTs, GPU memory can leak over in certain spots. For example, if a shader is referencing a point on the screen that is out-of-bounds, that point will be blank, or rarely parts
of GPU memory. This also happens if an AFT is loaded, but doesn't have a frame to initialize itself (for example, if you use hidden(1) before it can render). Most of the time leaked GPU memory is just Japanese, Korean and Chinese characters due to the default theme loading lots of these types of fonts to memory, but if you use a different theme or remove them from the theme, it starts using banner art, seemingly random patterns and often parts of your desktop.

One good example of a file that produces this is NULCTRL:

It's notable however that this isn't reliably reproducable; it heavily depends on your GPU, setup, drivers, etc. I've gotten reports from others running the game on Wine with an Nvidia GPU with proprietary drivers (the same setup as mine) saying this doesn't occur ever. However, this hasn't occurred on this exact PC on Windows, so I'm noting it as a Wine issue for now.

There aren't any good examples of this I could find, but sometimes shaders produce behaviour unseen on Windows. It seems OpenGL shader compilation seems to act subtly different on Linux under the same GPUs. (I don't think it's a Wine issue, but rather Linux drivers, but I'll file it under here anyways.)

The default note shader is also slightly off; I've gotten reports that the stealth mod is broken on some setups (despite the note alpha being handled on the C++ side of the code???): instead of 0% to 50% easing the arrow's glow from none to white and 50% to 100% making it transparent, it just skips the middle point altogether and just eases 0% to 100% from opaque to transparent, however I've been unable to replicate it. 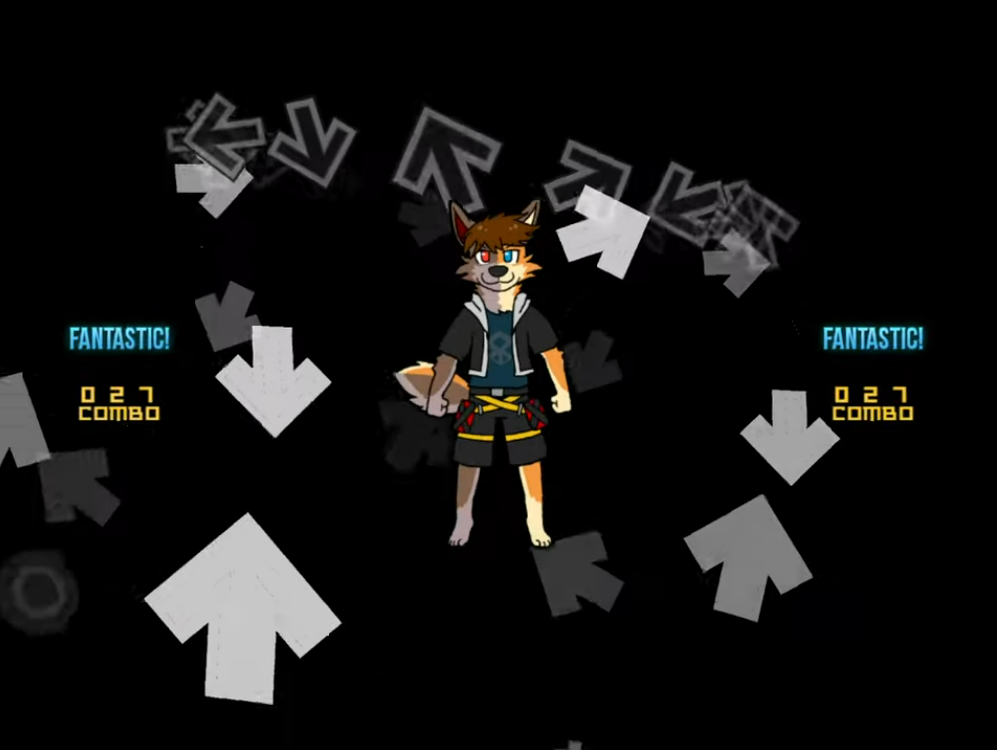 Also, you're unlikely to experience this, but I've had less luck with shaders on an older NVIDIA laptop running Nouvaeu. I've once had an issue where the default note shader somehow corrupted itself and started breaking every file:

You may need to pay attention to how much shaders are used in files you play if you're streaming or recording them, as leaked GPU memory can rarely include parts of your open applications and even closed applications (!!!) This is explained more in the "What does not" section.

The experience of using Wine on NotITG also differs a lot on different setups, mainly different GPUs and GPU drivers. The main reason for that is the Stepmania engine is old and weird as hell. Unlike modern applications, which usually use some sort of framework to handle rendering code on all GPUs and drivers for them, NotITG uses barely anything and modders are often left to handle GPU compatibility (due to direct access to shaders with no compatibility layer or similar).

I've heard reports from most that NotITG works perfectly fine (which is why I've decided on a Silver rating), but I've also heard from others that it's unplayable, broken, or something similar along those lines.

If something does break that isn't noted in this report, please take your time to either contact me about it or make your own report on WineHQ. Documenting potential issues is quite valuable as the nITG team is looking into solving the ones they can (and they have in the past).